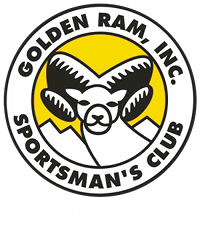 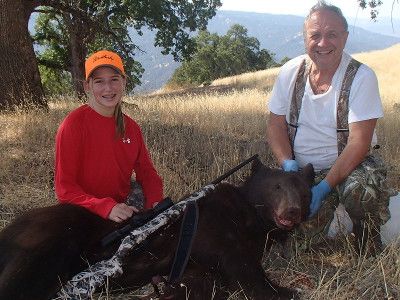 "After I had just missed a Black Bear, my dad, grandpa and I started heading back to the truck.  Halfway through, I stopped to rest in the shade for a while.  I looked over to my left and saw a big brown lump moving.  I focused my eyes and noticed a good sized Black Bear behind the brush.  I yelled to my dad that there was a bear.
He rushed over and set up the tripod for me.  I setup my gun and looked through the scope.  I was breathing hard and couldn't keep the gun steady.  After all, this was my first bear.  My eyes finally zeroed in on the bear.  It was walking broadside, so I had a good clear shot at it.  My dad suggested that I wait until he was standing still but I was too anxious.  I pulled the trigger of my .243 Weatherby rifle and hit him in the spine.
The bear dropped instantly and rolled downhill. 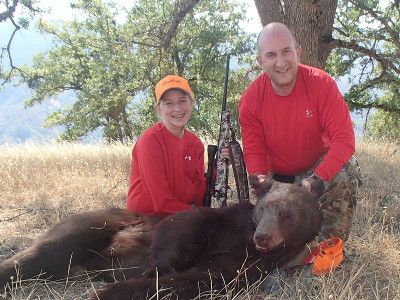 My grandpa and I hurried down to where the bear had been shot.  We looked downhill and found the bear still alive and lying there.  He could only move his head and front legs.  I put the gun up and shot him in the head a couple times.  He was finally dead and lying in a ditch.  My dad went up the hill and got the truck.  We used the winch to haul the bear out and then take pictures.  This was one of the most memorable kills that I've ever had so far."
- Madeline Corsetti, September 2014, McIssac Ranch
Congratulations Madeline and thanks for the wonderful story.